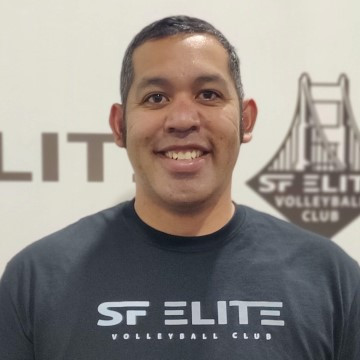 
Born and raised on the beautiful islands of Hawaii. Kai started his athletic carrier playing a lot of division I sports (Football, Soccer, Baseball, Basketball & his favorite VOLLEYBALL). Following High School he attended the University of Hawaii playing on the Volleyball Team as an outside hitter / setter as well as on the Baseball team as a catcher. Shortly after he decided to join the United States Air Force and played on the Air Force Team traveling the globe looking for his next match.

Now as a seasoned athlete he spends his days coaching and developing young talent in multiple sports. The beliefs of hard work, putting in effort and being coach-able have brought him much success! Developing the proper skills to succeed on and off the court is his overall goal for any athlete he trains. So be ready to be at the top of your game!

On the days hes not coaching you can find him building custom homes with his crew and just enjoying life with his family. If you love what you do and you do what you love than its not work but a gift! 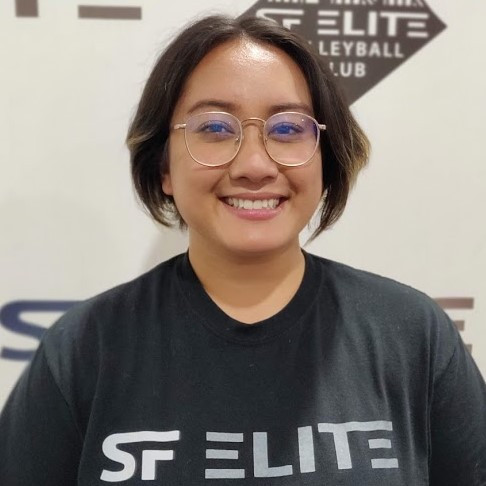 
Roschelle Buenaflor started playing volleyball at the age of 7 years old for St. Elizabeth School. She started club at the age of 12 for Slainte and continued at SF Tremors. She played for Burton High Schools Varsity Girls Volleyball all 4 years as the starting Setter. During her years at Burton she has made the 1st and 2nd All City League Team, was MVP for 2 years, and led her team to Playoffs her senior year. She continued her playing career at City College of San Francisco as a Setter for Coach Saga. While playing at CCSF she received a Coast Conference Award for All Conference Team- Honorable Mention and MVP Award. She continues to play in leagues all over California.

Coach Ro has been coaching for 8 years. This is her second season with SF Elite as a Head Coach and FEP Coach. She has made 3 JNC appearances with SF Tremors in 2012 and 2013 for the 12s Division, also in 2014 for the 13s Division as an assistant coach. While coaching teams at SF Tremors, she was also a DPS Coach. From 2016 to present, she helps out with the Burton High school Girls Volleyball team. In 2017, she began coaching for Burton High Schools Boys Volleyball Team. In 2018, she has led the Boys Volleyball team to their 1st playoff appearance with 3 players making 1st Team, 2nd Team, and Honorable Mention for the AAA/CIF SF All League Team. This year, she has led Burton to their 2nd consecutive playoff appearance, 1st Championship appearance, and 1st CIF NorCal Boys Volleyball Championship appearance. This season also includes players making the 1st Team, Honorable Mention, and receiving the Peter K. Yan Award for AAA/CIF SF All League Team.


Leo Fung has been playing volleyball for many years. He started playing at Northgate High School in 2000. His senior year at SF State, he tore his ACL, while also coaching club at the same time. He currently plays in various adult leagues and also beach and grass every weekend.

Leo first started coaching at Concord High School in 2005. He later was an assistant coach at University High School, where they made league play-offs multiple times and even qualified for state playoffs. Leo has also coached at various clubs throughout the years, including SF juniors, Beach Vibes, and Pacific Rim, earning bids to Junior National Championship. Currently, Leo is coaching middle school varsity at French American School in San Francisco for the past two years.


Michael Manalo holds a wide range of experience coaching volleyball in the Bay Area. Currently, he is the Boys Volleyball Head Coach at Academy High School. In addition to this, Manalo is also the Girls Volleyball assistant coach at Washington High School, in San Francisco, California.

Prior to these coaching positions, he has volunteered coaching volleyball for over 9 years. Specifically speaking, during that time he has worked with both boys and girls for San Franciscos Park & Recreation Department.

During his time away from coaching, some of Manalo's hobbies include watching, filming and photographing volleyball games as he travels across the country. He has a designated Instagram account (@MANALOVBALL) specifically allocated to volleyball related content such as drills, game clips, and player highlights.

One quote that Manalo lives by is: It's not a vacation without volleyball.